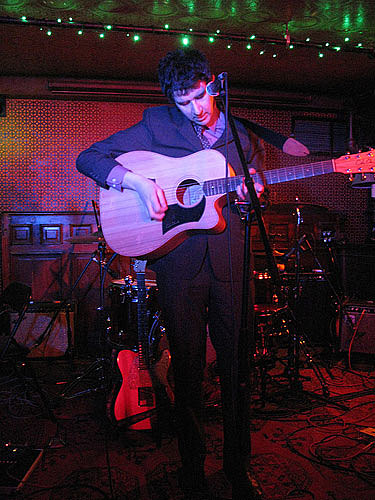 Andy wrote in to say, "Stevie played before the 1900s. Laura Cantrell came out to do a couple songs w/ him during his set including a cover of Hank Williams “Lost Highway”. The 1900s joined him for his last song and then later he joined them for their last song but they didn’t play together other than that."

Tonight it's at Mercury Lounge.