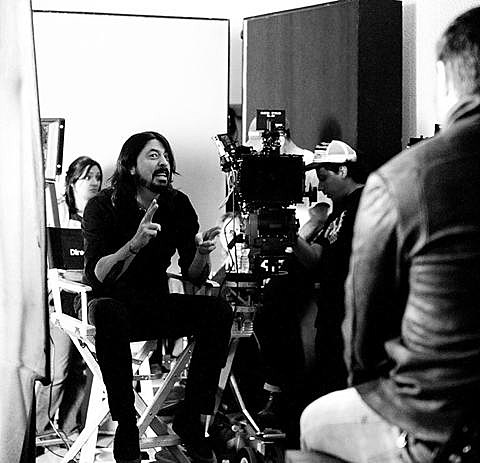 We already told you about Dave Grohl's directorial debut, documentary Sound City, which is a love letter to the famed (and now defunct) LA recording studio that gave birth to such classic albums as Tom Petty and the Heartbreakers' Damn The Torpedoes and Nirvana's Nevermind.

The film made its debut at Sundance in January, and hit select theaters last night (1/31), the same night that Dave Grohl and his "Sound City Players" played the Hollywood Palladium in LA. The Sound City players are contributors to the film's soundtrack, plus a few others. The complete lineup includes Stevie Nicks, John Fogerty, Rick Springfield, Lee Ving of Fear, Brad Wilk of Rage Against The Machine, Rick Nielsen of Cheap Trick, Alain Johannes, and Chris Goss, with backing from Grohl, Taylor Hawkins, Nate Mendel, Krist Novoselic, Chris Shiflett, and Pat Smear.

That same lineup will be making their way to NYC this month for a show at Hammerstein Ballroom on February 13. Tickets ($87.50) go on sale, Tuesday, February 5 at 4 PM. They say this will be the "first and only" Sound City Players show in NYC.

You can watch the Sound City film now if you want to fork over $12 and download it. The soundtrack (which also features Paul McCartney, Trent Reznor, and others) will be out March 12 on Roswell/RCA. Trailer below.