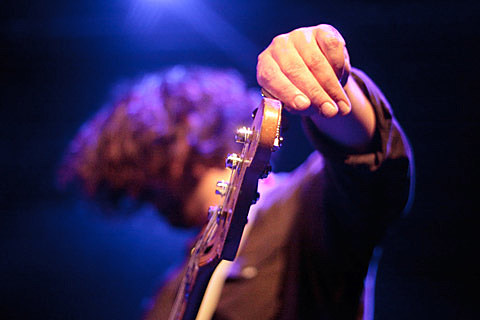 More Rough Trade shows this month are moving due to the still-unresolved sound/noise issues they're dealing with, including Friday's Lanterns on the Lake show (2/7) which is now an early show at Baby's All Right (doors 7:30 PM) with Jesse Woods and Andy Shauf (tickets); and Saturday's Mutual Benefit show (2/8) which is now at Knitting Factory (tickets).

Moves since we last posted include: the American Royalty show with Ghenghis Hans on 2/13 is now at Baby's All Right (doors at midnight, tickets here).

Juan Wauters was to play a record release show at RT on  February 15 with Household and Las Rosas. That has been moved to the next day (2/16) at Baby's All Right. Tickets for that are on sale now.

Glasvegas's 2/20 show has been moved to Knitting Factory and tickets are still available.

Sebadoh's 2/25 show with Octagrape is now at Baby's All Right and tickets are still available.

Surfer Blood were to have played on March 3 with Wake Up. That show has moved to Glasslands and tickets are on sale now.