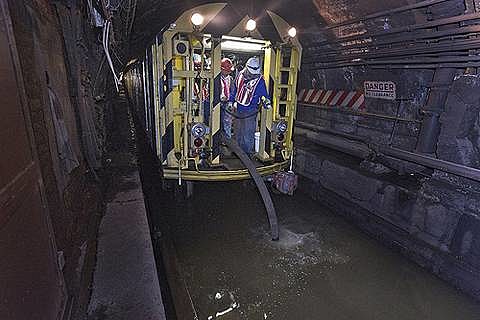 While Irene had brought the water within a foot or two of flooding the subway entrances and ventilation gratings, Sandy's fourteen-foot surges brought the water gushing in. Half of the subway system's fourteen under-river tubes flooded. A few filled up end to end, much like the MTA's Brooklyn-Battery Tunnel. They couldn't even send workers out to assess them until after the second surge at the next high tide Tuesday morning.

Pumping began soon after -- or "dewatering," as the pumping industry calls it. Other city agencies had to rely on outside contractors to pump their tunnels. But it happens that the subway system already had its own toys. Each of the system's under-river tunnels has a sump to deal with everyday seepage, and each also has a tube fixed to the side called a discharge line. Starting Tuesday, the system sent in its "pump trains" -- diesel powered trains with five or six cars, run by just five or six workers. Underneath the trains are pumps, moving hundreds of gallons of water back into the river every minute. "You take the pump train and you bury the first car up to the floor level so it's underwater," Prendergast says, "and you hook it up to the discharge line and you start pumping the tunnel dry." -[NY Mag]

While service to most MTA subway lines, miraculously, has been restored following Hurricane Sandy, there is still no L train service to or in Manhattan which involves a whole lot of commuters (like NY1's Pat Kiernan and at a couple BV staff members). If you're wondering why it hasn't been restored yet, pictures from the MTA's very active Flickr account tell the story: they're still pumping flood waters out of the East River tunnel. Says the MTA:

MTA employees using a pump train are working around the clock to pump seawater out of the L train's tunnel under the East River. The tunnel was flooded during the unprecedented 13-foot storm surge of Hurricane Sandy. This photo shows activity on the afternoon of Monday, November 5.

After the tunnel is pumped dry of water, work will begin to inspect tracks, signals, switches, electrical components, and third rail. If any repairs are needed, employees will make them as quickly as possible to get service restored.

Meanwhile, there is still no G service at all. The tunnels are dry, however, and signal fixes are on their way, says the MTA. In the interim, the MTA is running more B62 buses (which have been crazy packed). More pictures of the work on the L train East River tunnel are below. 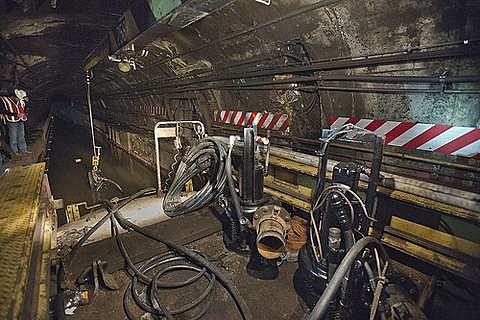 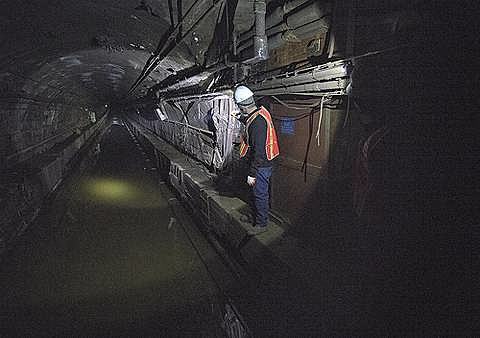 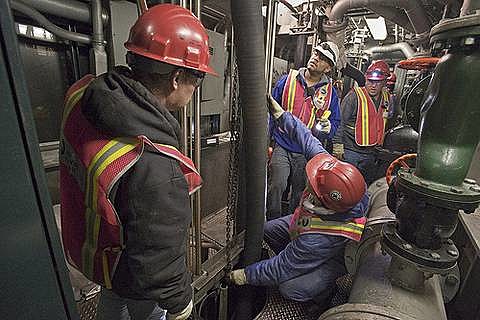 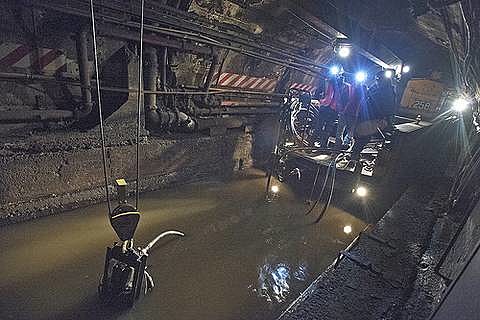