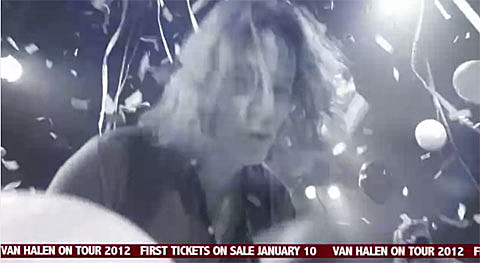 As you may have read at the NY Times and elsewhere:

Van Halen has invited music writers and critics to an intimate concert at Cafe Wha? in Greenwich Village on Thursday night as a prelude to a tour with the band's classic lineup later this year. Nothing official has been released, but journalists have been told the group will play a short set. The one-night performance in that 250-seat club on MacDougal Street in Manhattan marks the latest enigmatic hint that the band has sent about its plans for the year.

In late December, the band released videos on its Web site showing the original frontman, David Lee Roth, as well as the brothers Eddie and Alex Van Halen, rehearsing and goofing around while a ticker on the bottom of the screen read: "Van Halen on Tour 2012? and "First tickets on sale Jan. 10."

That video is below...