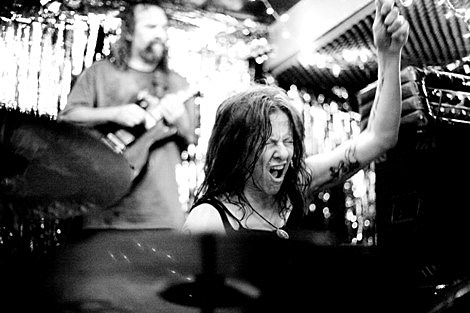 Call it a triple-triple. Three great power trios, Stinking Lizaveta, Pigs (mem-Unsane), and Wizardry, will team up to throwdown at Union Pool TONIGHT (5/7). The show is part of a two-week tour for Stinking Liz that will bring them as far as Madison, Wisconsin before heading back to their native Philadelphia.

Stinking Lizaveta's Sacrifice & Bliss hit last year via At a Loss Recordings. The band recently reissued the release on 180 gram vinyl. Pick up a copy.

Wizardry is also on tap to play another show in the following week, May 16th when they team up with Descender and Troop & Trouble to support the sludgy-crust Atlanta quartet Music Hates You at The Charleston. Music Hates You will log other dates along that trek, peppering the mid-atlantic with pockets of misanthropy. Full sked is below.

All tour dates, all flyers, and some video is below....

Music Hates You - You have failed as an audience 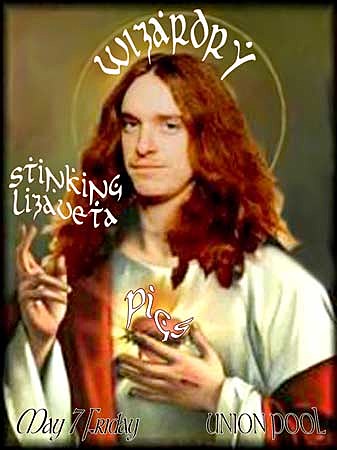 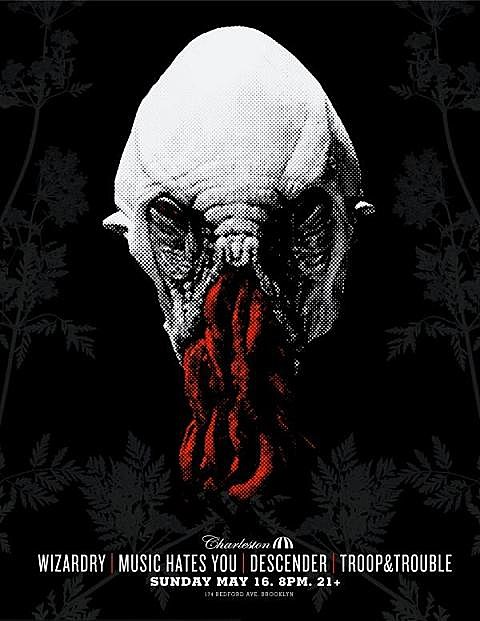