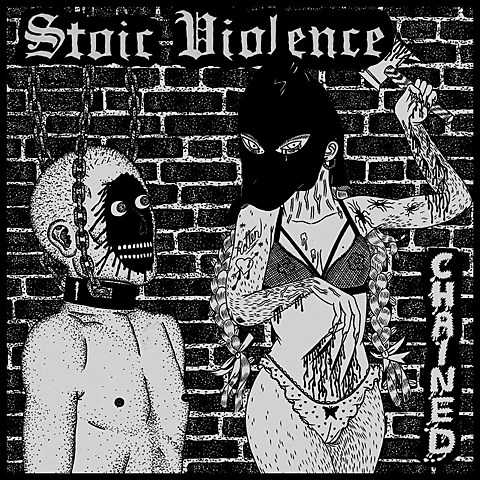 California's furious hardcore punk band Stoic Violence just released Chained via Deranged Records, a relentlessly punishing 12" that revels in bleakness. The album is here just in time for New York's Alright, the multi-venue punk festival that they play, along with Hank Wood, La Misma, Anasazi and many more. Give it a listen below.

As mentioned, Stoic Violence also kick off a tour after NY's Alright. When we last spoke, those dates were still TBA but have now been announced, including another NYC show happening on May 1 at Lulu's with Survival and Pleasure Industry.

Check out the full New York's Alright schedule HERE. All Stoic Violence dates are listed, along with their album stream, below...