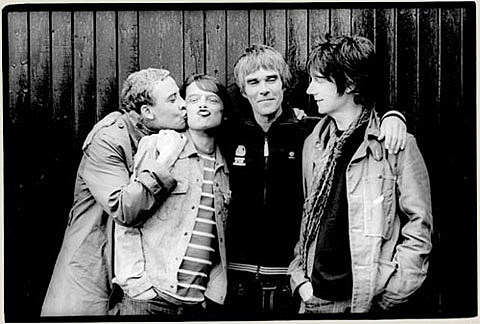 "The legendary four-piece - Ian, John, Mani and Reni - have announced two massive shows at Manchester's Heaton Park on Friday June 29 and Saturday June 30, 2012. The dates will form part of an extensive world tour.

The band have already been into a rehearsal studio to start work on the set-list for the one of the most eagerly anticipated reunifications ever." - TheStoneRoses.org

Tickets for the Manchester shows go on sale Friday. Stay tuned for the rest of those dates to be announced.