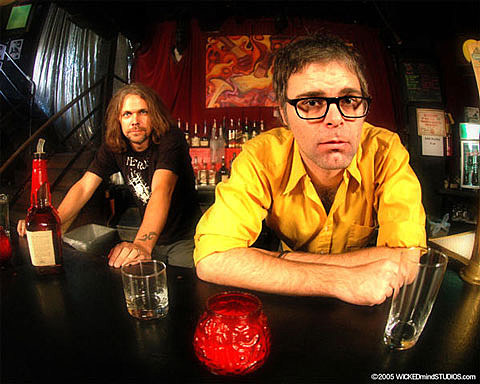 With Velvet Revolver (roffle at that name/band, forever) officially dunzo, Scott Weiland and the rest of the lads in Stone Temple Pilots, who recently played SXSW, are touring off of their forthcoming self-titled album which features "Between The Lines" (video below). That tour now includes a show at the relatively tiny Gramercy Theater in NYC on 5/18 (Tuesday). Tickets go on sale at 10AM Friday, if you're into that sort of thing.

And speaking of the Gramercy on May 18th and the 90s, Local H will play a separate show with Kinch at the same venue on the same night. Tickets are on sale for the NYC date of their "The 6 Angry Records" Tour:

It's all in the numbers... Local H is taking a cue from their sold out, 7 night stand in Chicago and taking all 6 of their studio albums on the road. Every night, the band will put all 6 of their records in a hat (sorry guys, no b-sides); one lucky (?) member of the audience will be selected to pull a record out of that hat and Local H will play it front to back. On the spot... No, really.

And the nominees are:
Ham Fisted
As Good As Dead
Pack Up The Cats
Here Comes The Zoo
Whatever Happened to P.J. Soles?
12 Angry Months

Awesome idea for a tour.... Neurosis, Sonic Youth, Bjork, are you listening? Local H on the road in support of 68 Angry Minutes, their live DVD that hit the shelves in the tail end of last year. Local H and STP tour dates, and some videos are below...

Stone Temple Pilots - Between The Lines

Local H - "Bound For The Floor"