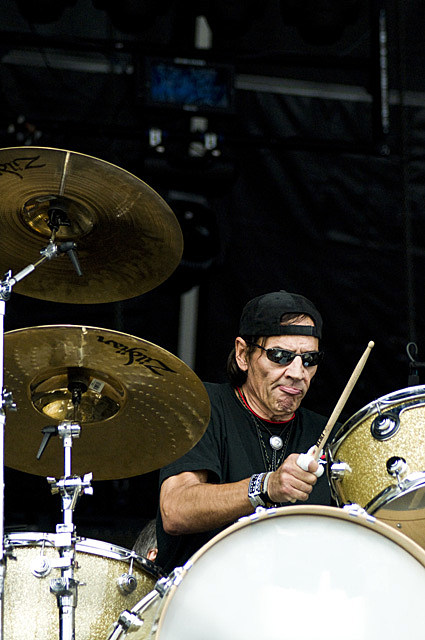 Scott was a great artist, I have never heard anyone play the drums with more meaning than Scott Asheton. He was like my brother. He and Ron have left a huge legacy to the world. The Asheton's have always been and continue to be a second family to me.

My thoughts are with his sister Kathy, his wife Liz and his daughter Leanna, who was the light of his life.

Scott "Rock Action" Asheton was a founding member of The Stooges and was part of the band's reformation in 2003 and played on their most recent album which came out last year. His brother and Stooges guitarist Ron Asheton died in 2009. You be missed greatly but the music lives on. Rest in peace, Scott.