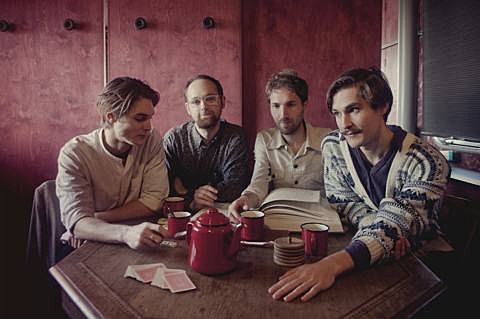 Oxford, UK's Stornoway are currently in town with Field Report, playing Maxwell's tonight (5/3, tickets) and Music Hall of Williamsburg on Monday (5/6, tickets). On Saturday (5/4), they're going to spend the afternoon on a musical pub crawl, playing acoustic sets at four different drinking establishments in Manhattan and Brooklyn: 2 PM at Jimmys No.43 in the East Village, 3 PM at The Ear Inn in SoHo, then 4:30 PM at The Drink and finally 6 PM at Legion Bar, both of which are in Williamsburg. The pub crawl is free (beverages not included).

The band are out supporting their new album, Tales from Terra Firma, which is out now on 4AD. You can check out the band's new video, "The Bigger Picture," their current tour schedule and a flyer for the pub crawl, below. 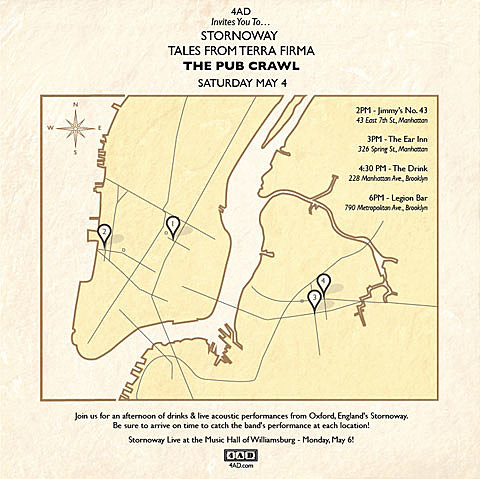