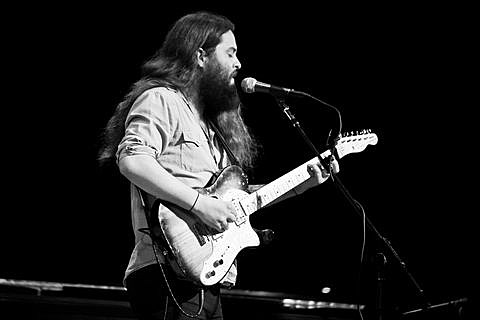 Strand of Oaks, the project of Tim Showalter, already has a few albums of bare bones folk music under his belt (he recently toured and collaborated with The Tallest Man on Earth to get an idea), and he's now signed to Dead Oceans (also home to Tallest Man) for his next album, HEAL (due out 6/24), which sees him changing things up a bit. The first single, "Goshen '97," features guest guitar work from Dinosaur Jr frontman J Mascis, and it's not so far removed from the fuzzy, melodic rock that Dino Jr have become known for. Tim's voice is still shaky like a folk singer's (he reminds me a bit of Chad Vangaalen on this one), but now he's piling on layers of distortion and dueling guitar solos that are a far cry from the somber sounds of his last record. Listen to that song, with the album artwork and tracklist, below.

Strand of Oaks will announce more tour dates in the future, but at the moment he does have two shows scheduled, both happening in NYC. First, he plays a rather intimate show at Pianos on May 6 at 7pm sharp. That's a private show, but if you'd like to go, we've got a few pairs of tickets to give away, and more details on that are below.

Then, he plays a public show on June 26 at Mercury Lounge, two days after the album's release. Tickets for that show go on sale today (4/4) at noon. 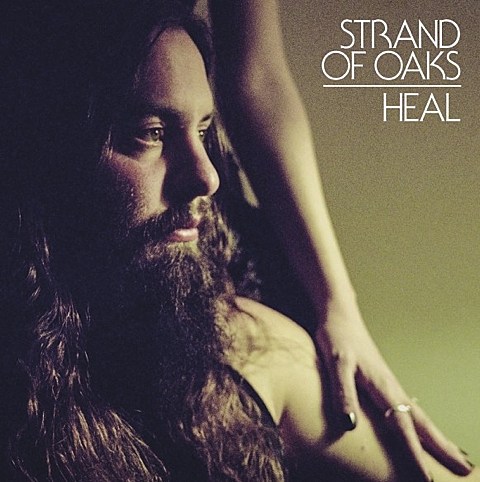 Tracklist:
Goshen '97
HEAL
Same Emotions
Shut In
Woke Up To The Light
JM
Plymouth
Mirage Year
For Me
Wait For Love