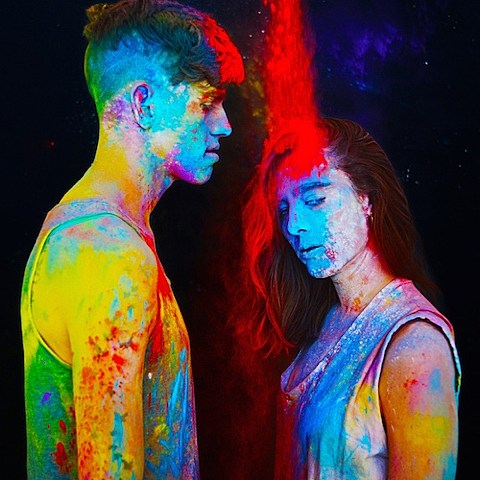 Stranger Cat is Cat Martino's electronic pop project with Sven Britt, and they recently released their debut album In The Wilderness on Joyful Noise. The album features her Sufjan Stevens collaboration "I Promise," as well as "Ecstatic Energy," which was just given the video treatment. That video premieres in this post, along with a stream of a new non-album song, the ballad-y "The Tracks." Check out both below.

In addition to Sufjan Stevens, the album also features collaborations with Christopher Powell (Man Man), Darby Cicci (The Antlers), Reggie Pace (Bon Iver) and more. (And in addition to playing in Sufjan's Age of Adz band, Cat has also played with Sharon Van Etten and The Shins.)

Stranger Cat will celebrate the new album with a release show in their hometown on Wednesday (5/20) at Rough Trade with Port St. Willow, Salt Cathedral, and "loads of special guests", and Geographer who has been added as headliner. Tickets are on sale.

They also have upcoming dates opening for Sebadoh. Those are listed, with the new song and video, below...