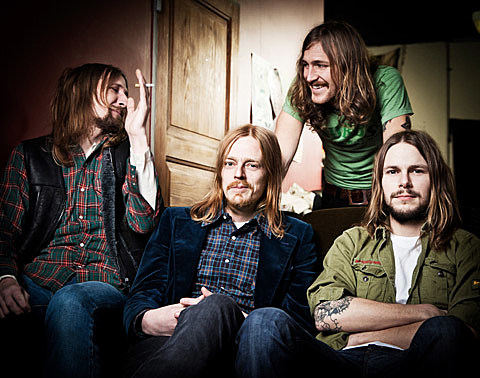 Though their similarly monikered Spanish brethren carry the old-school death-metal torch, it's Sweden's Graveyard that riffs like that classic rock gods of yesteryear. After a recent departure from Tee Pee Records, the retro-band have signed to Nuclear Blast for their new release Hisingen Blues, due April 19th. Press releases proudly declare that the album was recorded/produced/mixed in 100% analog (would we expect different from them?) and you can hear the difference in the title track, as well as in "Ain't Fit to Live Here" which is streaming for the first time below.

"Hisingen Blues" (the song) also has a video on the way, and the track has also been sized up for a limited edition 7" pic disc with an exclusive b-side, "Granny And Davis". Limited to 500, look for it on 3/25 in Nuclear Blast's Webshop and keep your eyes peeled for the LP when it comes up for pre-order.

Axel Sjöberg of Graveyard also sits behind the kit for another project, the slightly more garagey Spiders (which also features members of Witchcraft & Madamm). The band features the gritty vocals of Miss Ann-Sofie Hoyles atop the ripping leads of John Hoyles on the forthcoming Kemado 7" "High Society" b/w "Gracious Man". Download "High Society" above/stream it below, look for it soon at the Kemado store, and look forward to another 7" on the way for "Nothing Like You".

A few dates, the art for Graveyard's Hisingen Blues and all song streams are below... 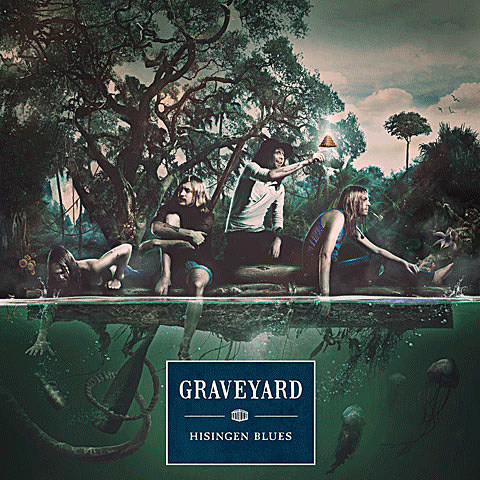