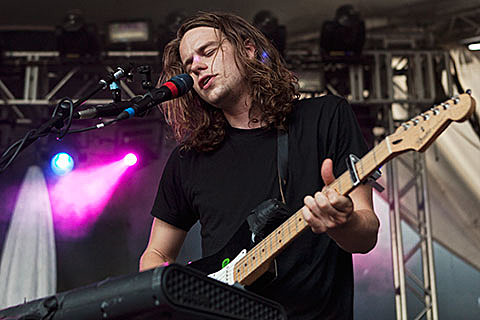 As mentioned, Montreal's Half Moon Run will be in town this week for two headlining NYC shows: Glasslands on Friday (6/7) with Young Unknows (tickets) and Mercury Lounge on Monday (6/10) with Oceanographer (tickets). Both are much, much smaller venues than most of dates they've had on their current North American tour which has been spent opening for Glassnote labelmates Mumford & Sons and Of Monsters and Men (who play Governors Ball on Friday). Their tour with that Icelandic band hit Austin earlier this week (6/3) and you can check out a full set of pictures from that at BV Austin.

Half Moon Run's 2012 debut album, Dark Eyes, is being re-released on Glassnote July 23, with a bit of a spit-shine from Spoon cohort Jim Eno and a few tracks being swapped out. You can stream one of the new tracks from it, "Unofferable," below and download it from HMR's bandcamp.

All upcoming Half Moon Run tour dates are listed below...