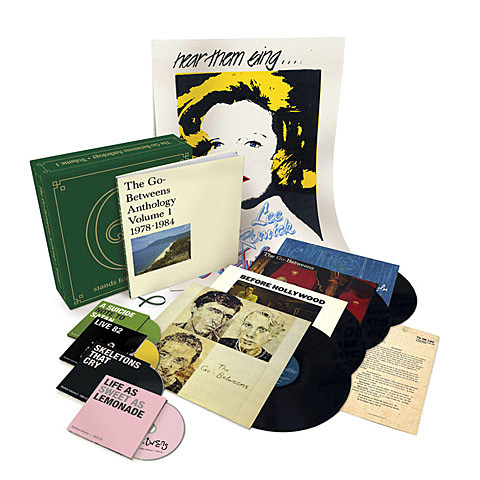 As mentioned, Domino is releasing The Go-Betweens' back catalog via vinyl box sets, the first of which is out in January. Chances are nobody but confirmed fans are shelling out the $160 for these, but if you've been curious about the Australian band's rich musical history, Domino has just put up a 16-song sampler of the first box to stream. It runs the gamut from early garagey singles like "Lee Remick" and "I Need to Heads" to the more nuanced sound they grew into by the time of "Cattle and Cane" and "Bachelor Kisses" from 1984's Spring Hill Fair. You can stream it below.

The first box set, G Stands For Go-Betweens: Volume 1, 1978-1984, is out January 20. Early copies that come with book from the late Grant McLennan's library have sold out, but regular boxes are still available for pre-order.