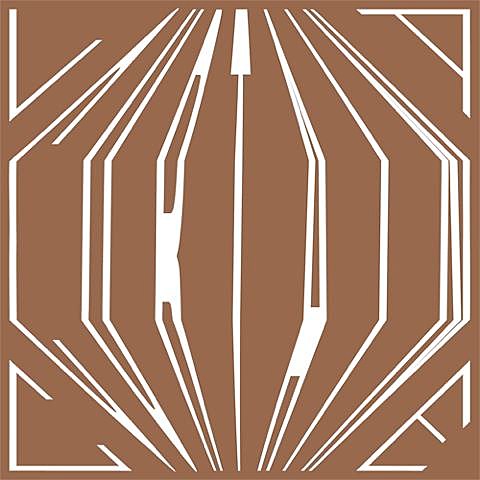 As we've mentioned a few times, Total Control are visiting from Australia, playing two shows in NYC this week: tonight (5/22) at Mercury Lounge with Pop. 1280, Night Sins, and Sleepies (tickets); and 285 Kent on Thursday (5/23) with Raspberry Bulbs, Crazy Spirit, and Survival (tickets). If you haven't checked the band's music out yet -- motorik synth workouts, jittery post-punk and punk stormers -- you can stream both their fantastic 2011 album Henge Beat and their singles compilation below. Go to one (or both) of these shows!

Meanwhile, you may remember that Total Control's Mikey Young, David West and James Vinciguerra formed new electronic side project Lace Curtain. They dropped their debut EP back in March via DFA which I described as an EP that "would make a good soundtrack to a dystopian sci-fi film or, in the case of "Good Intentions," someone's nightmare breakup or withdrawal. (In a good way, of course.)" A couple tracks from that EP are streamable below.

Lace Curtain have already announced their second EP, Falling/Running, which will be out June 11 on Mexican Summer. A little more straightforward than the DFA EP, the four new tracks would make for good late night driving music, or maybe just playing the old Atari game Night Driver. You can stream "Falling (II)" below.

Though one might postulate that with the sold-out DFA Records Anniversary Party happening on Saturday (5/25) at Grand Prospect Hall, Lace Curtain might be one of the "special guests" but as Total Control are playing DC that night, no dice. Meanwhile, Total Control have added West Coast shows happening after Chaos in Tejas. All tour dates are listed below.