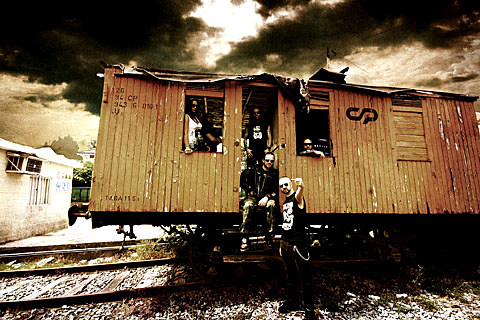 Parisians Hell Militia are have closed in on a decade of depravity, and are celebrating with another set of blasting black metal destruction in Jacob's Ladder, their new LP due this week (11/20) via Season of Mist. Stream all of Jacob's Ladder below, and order yours now.

Hell Militia dates are few and far between (the band was scheduled to be part of the debacle that was Rites of Darkness), so in the meantime check out live video of the band below (and the album stream!).