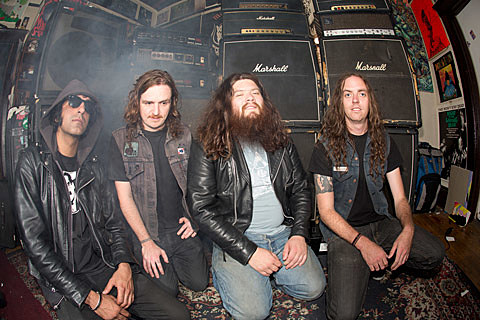 After a round of dates saw them play a three NYC shows (Culo twice and a Power of The Riff after-party) the boys in Lecherous Gaze are now preparing to release their new LP, On The Skids, via Tee Pee records. Due next week (10/23), Lecherous Gaze continues down the path laid by their former project Annihilation Time, mixing Black Flag/SST punk with old-fashioned rock n' roll leads that owe a debt to Thin Lizzy. Stream the new LP On The Skids in full below.

So far no more East Coast shows are planned for the near future, or any shows for that matter. Until then, dig on the rippers contained below.