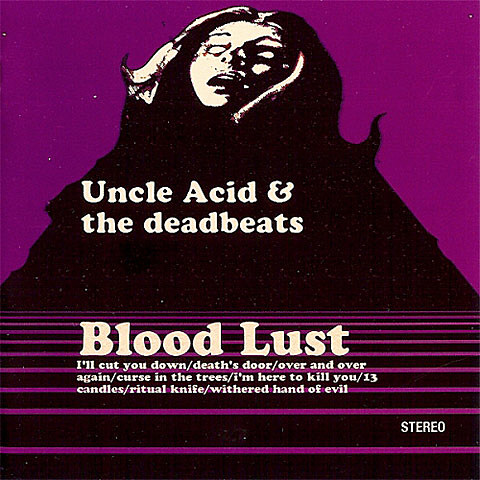 Very few records make an immediate impression like Uncle Acid & The Deadbeats's latest offering Blood Lust. The EP, which surfaced in 2011 on the self-released tip, has been given a proper reissue and is out now via Metal Blade. Stream it in full below. Rarely does a band seamlessly meld prog, garage, psychedelia and metal with such an excellent pop sensibility.

I'll Cut You Down- Uncle Acid and the deadbeats