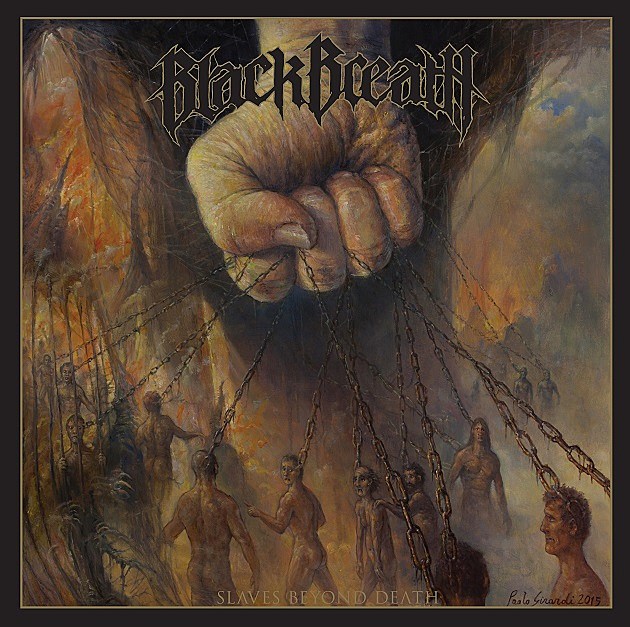 Black Breath will release their third album Slaves Beyond Death this week (9/25) via Southern Lord, and now the whole thing is streaming courtesy of our metal blog Invisible Oranges. Like we said about one of the early singles, they upped the death metal influences on this one and their hardcore side takes more of a backseat, making for their most gnarled, gruesome album yet. If you're hesitant about the new direction, consider what IO's Joseph Schafer had to say:

Go into Slaves Beyond Death with an open mind, and listen a few times. After I did that, I realized that Black Breath's leap from HM-2 loving punks to their current, more complex selves mirrors Metallica jumping from Kill Em All to Ride the Lightning, Slayer jumping from Show No Mercy to Hell Awaits. Yes, I think Black Breath right now are as good as those bands were thirty years ago (and if the new Slayer is any indication we need bands like this now more than ever).