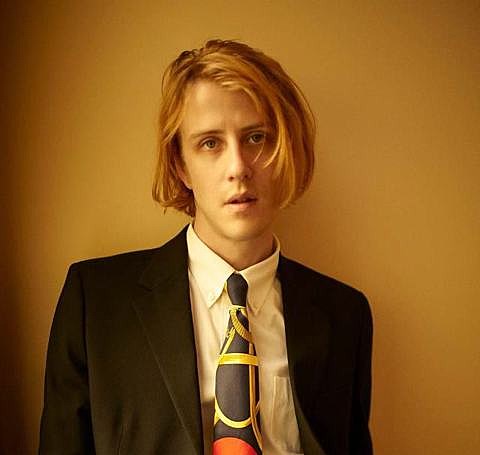 Former Girls frontman Christopher Owens releases his solo debut, Lysandre, next week (1/15) via Fat Possum. Going even further in the '70s AM style the second Girls album dabbled in, Lysandre details Owens' time in the band that brought him the spotlight. The New York Times has a feature on him today:

The breakup of Girls drove fervent speculation in the indie world. Mr. Owens said it was simply the result of growing pains and shifting lineups. "Nobody hated each other or anything like that," but success "happened a little too fast," he said. "The band would have survived longer if we would have gone slower."

(Mr. White, the co-founder of Girls, did not reply to requests for comment.)

With "Lysandre" Mr. Owens tells the story of Girls as he experienced it, from his gritty start -- hustling, guns, "sleeping in the back of a pickup truck," as he sings on "New York City" -- to touring the south of France. Along the way there was a breakup with a boy and a long-distance romance with the Frenchwoman. Mr. Owens said he was "very attracted to women" and didn't seek out relationships with men, but they happened.

The NY Times is also streaming Lysandre in full, so click here to listen.