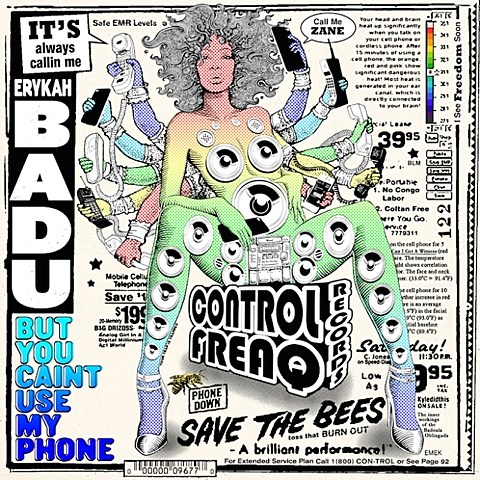 Last month, Erykah Badu released a remix/cover of Drake's "Hotline Bling," which she now used as the inspiration for her But You Caint Use My Phone mixtape which is out today on Apple Music. That remix reappears but it's now called "Cel U Lar Device." Erykah's ex-boyfriend and past collaborator Andre 3000 appears, on the song "Hello." DatPiff has a stream of the whole thing, which you can listen to below.

Update: It was previously reported that Drake was featured on "U Use to Call Me" but Central Track confirms that it's Atlanta rapper ItsRoutine (aka Aubrey Davis), not Drake. He's on "What's Yo Phone Number" too.

Erykah plays NYC on Wednesday (12/2) at Kings Theater (sold out).