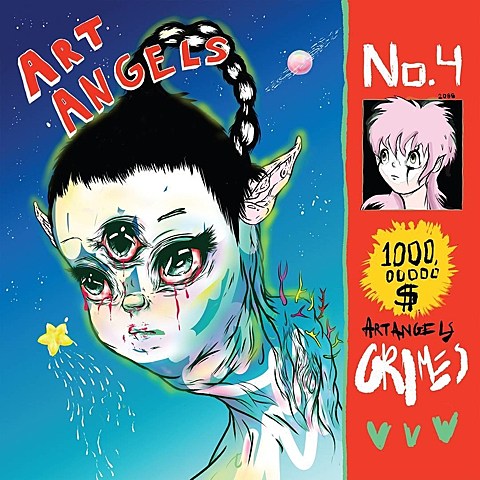 Grimes released one of the most loved albums of the current decade with Visions, and now three years later its highly anticipated followup, Art Angels, is finally here. One of Grimes' greatest achievements has been battling the preconceived notions of "indie" vs mainstream pop (just check out her favorite songs list), and this new album follows through on that expertly. There are moments that wouldn't feel out of place on a Kelly Clarkson album, but others that wouldn't feel out of place on a Prurient album, and all of it's good. Listen for yourself below. You can pick up the album via 4AD.

Grimes' tour hit NYC earlier this week at the Guggenheim, and it returns on 11/16 at T5 and 11/18 at MHOW. Both are with Nicole Dollanganger and both are sold out.

Filed Under: Grimes
Categories: Music News
Comments
Leave A Comment
Back To Top