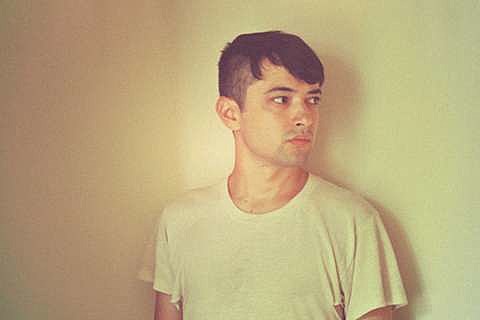 Beach Fossils as a band have been mostly quiet this year so far, apart from a few live shows, but it's individual members have been very busy. Zachary Cole Smith has his increasingly popular DIIV (who may be playing right now somewhere in Brooklyn) and bassist and instrument-tosser John Peña, has his new, at this point solo project Heavenly Beat whose debut album, Talent, is out July 24 on Captured Tracks.

Where there's a clear sonic line between Beach Fossils and DIIV, Heavenly Beat goes a completely different path, making the the kind of breezy, jazzy indiepop -- complete with breathy vocals, sampled steel drums and pizzicato strings -- that one associates with Sweden's Labrador Records or, further back, Cherry Red and él in the '80s. It's the perfect soundtrack to your next white-linen-dressed picnic. ("Messiah" is especially good.) Check it out for yourself -- the whole record is streaming below.

John is stil trying to get the Heavenly Beat live experience worked out (maybe you wanna be in the band?) so no shows lined up at present, but hopefully before the year's out.