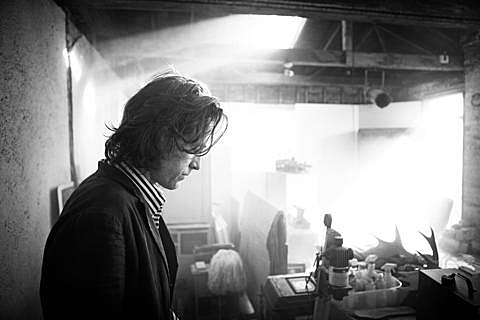 When most artists release a Best Of collection, they usually throw in a new song. Occasional Broken Social Scene cohort Jason Collett has taken this a step further by packaging a retrospective (Essential Cuts) with a brand new album, the previously mentioned Reckon which came out a couple weeks ago via Arts & Crafts. Both show off Collett's well-honed songwriting chops and you can stream both in full below.

Jason is currently on tour and will be in NYC on Wednesday (10/10) to play Joe's Pub. Tickets are still availaiable, but if you'd like to go for free we're giving a pair away. Details on how to enter are below, along with the album streams and all remaining tour dates.

======================
For a chance at winning a pair of tickets to see JASON COLLETT AT JOE'S PUB: either tweet something that includes both @BrooklynVegan AND "JASON COLLETT" in the tweet, or send an email to BVCONTESTS@HOTMAIL.COM with the subject line "JASON COLLETT." Include your first and last name in the email. We'll pick a winner at random and contact them with more details. If you enter by email, it will not be shared with anyone else. Good luck!
======================