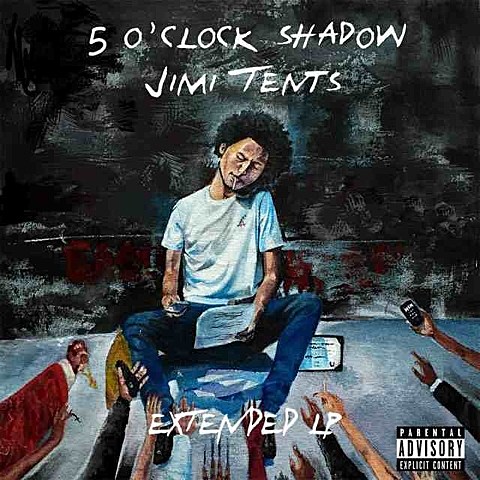 Brooklyn rapper Jimi Tents recently released his 5 O'Clock Shadow album, a 14-track expanded version of his EP of the same name. It opens with an intro featuring Philly rapper Tunji Ige, who first caught our ear collaborating with Christine and the Queens and is a good artist in his own right, and he sounds great here too. From there, the guests include another promising local rapper Jay Bel, Atlanta-based Father collaborator KeithCharles Spacebar, pop/R&B singer Moxie Raia, and more. It's a diverse record, with hints of jazz, modern trap, and the kind of ambient psychedelia that's been making its way into rap lately. Check it out below.

Jimi just played his hometown opening for Curren$y at Irving Plaza last Thursday (12/3), and he does again tonight (12/9) at Music Hall of Williamsburg, opening for Vince Staples. It's sold out, but you have a ticket it's worth showing up for Jimi's set. Show starts at 8:30 PM.

Jay Bel also has Jimi Tents on one of his own tracks, "TransEuro." Listen to that, with the 5 O'Clock Shadow stream, below...