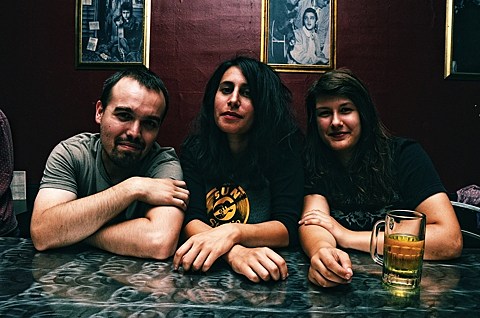 NYC's Mannequin Pussy are a week away (9/9) from re-releasing their debut on Tiny Engines (vinyl and digital pre-order), which will be remastered and on vinyl for the first time. The album is pretty much split between fast-paced punk and slower, shoegazier stuff, and it should appeal to fans of either. A full stream premieres in this post and can be listened to below.

Mannequin Pussy also have a few dates coming up, including a hometown show TONIGHT (9/3) at Shea Stadium. Little Big League were initially on the bill but unfortunately dropped off. The rest of the bill includes Ovlov, Krill and Garcia Peoples. $8 at the door gets you in. Their next show here is Death by Audio on Saturday (9/6) with California X, Slothrust and Vomitface. That one's $8 too.