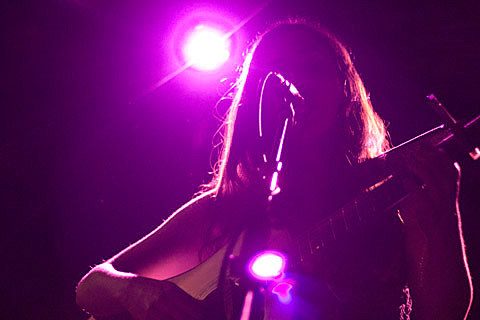 Some of us at BV are excited for Sunday's third season premiere (3/31) of HBO's Game of Thrones. So is Marissa Nadler who has recorded an all-vocal version of its theme song and you can stream that below. Later this season we'll get to hear The Hold Steady's take on Westeros chart-topper, "The Bear & the Maiden Fair," which will play over the closing credits of one of the episodes (probably the penultimate episode).

The show is, of course, based on George R.R. Martin's "A Song of Ice & Fire" series of novels, of which there are still two more due. Some fans of the books are irked by the show's mainstream success, and The Axis of Awesome has put that into rock song form and you can watch the video for "Rage of Thrones" below.

The Axis of Awesome - "Rage of Thrones"