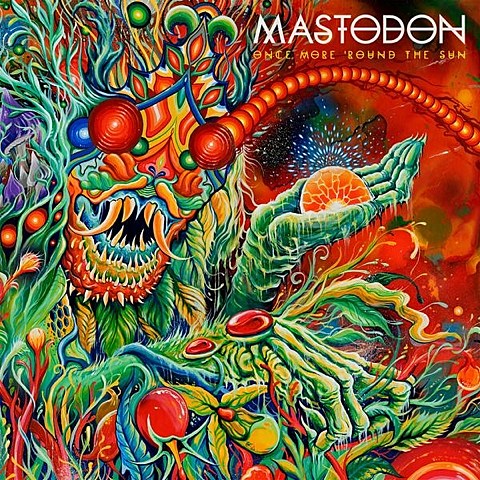 Progged-out sludge-metal royalty Mastodon return next week, releasing their sixth full-length, Once More 'Round the Sun, on Warner imprint Reprise. Produced by Nick Raskulinecz (Alice in Chains, Deftones, Rush), you can stream it in its entirety over at iTunes Radio. You can also preorder the album for download there, or you can reserve a cool vinyl package here. There's even the option to pay using bitcoin.

The album is a tight, classic rock-vibing continuation of the Atlanta boys' more traditional songwriting approach that they brought to The Hunter, but with a heavier, knottier feel that registers as a bit of a throwback to their Blood Mountain days. It features the usual howling cameo from Neurosis' Scott Kelly, as well as a truly bizarre guest spot from fellow Atlanta-dwellers The Coathangers. Throw in some of the downright catchiest choruses they've yet concocted and this thing ends up a seriously satisfying addition to the band's canon.

The band has a couple North American shows left before they hit Europe for a massive tour with Slayer, Ghost and Gojira, after which they'll be back in the US for a stop at Riot Fest and more. We've got those dates listed, as well as the video for the single "High Road," below.