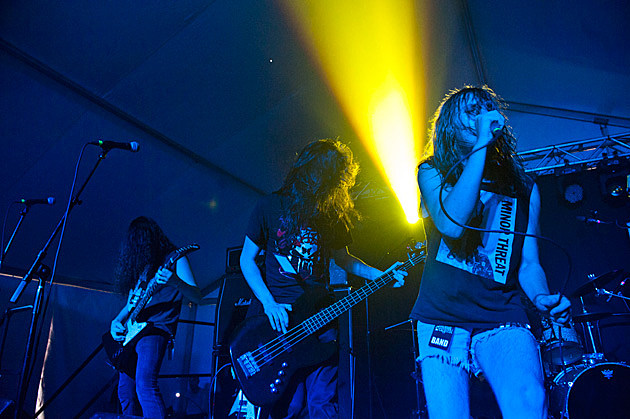 Despite still being all in their teens, Noisem show a prowess and wisdom both live (as seen at MDF) and in the studio. The thrashy death metal gang from Baltimore will soon release their debut LP, Agony Defined, via A389 Records. You can hear it now as we've got the album streaming in full in this post. While you're doing that, pray for more dates outside of their native Baltimore.