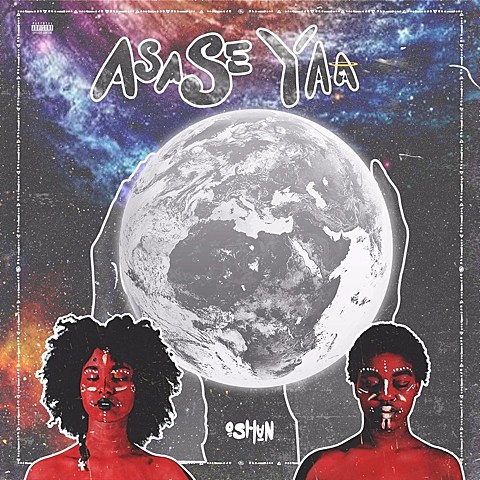 What does OSHUN mean?

Oshun is a Yoruba deity--a West African, traditional deity. She's a goddess, and she governs over sweet waters. She's basically the mother of love, fertility, wealth, and diplomacy. At the time that we decided to come together, her energy was just very present. It was primarily Niambi's idea because she had more knowledge on Oshun, but we both felt her energy and felt moved to dedicate the music to her and all of Yoruba culture.

How would you describe your sound?

T: Incense burning in water. Even though the flame should go out in the water, it doesn't for whatever reason. We definitely have coined our own genre, which we call "Iya-Sol." "Iya" is a Yoruba term meaning priestess, teacher, or mother, and "Sol" meaning your literal soul, soul music, or the sun--the sun being the source of everything.

N: I think "Iya-Sol" is really specific to the sound. I think that we're most closely related to R&B and hip-hop, but we also have a lot in common with gospel music, as far as the message and the content. Even though our music isn't always about God, everything still has that connection. There's always a problem and a solution. [Complex interview with Oshun]

Oshun is the duo of Thandiwe and Niambi Sala, who (as they say in the above-quoted interview) have a sound pulling from R&B, hip hop, and gospel. Or as they succinctly put it on Facebook, "Floetry meets Lauryn Hill meets Chief Keef." The first thing you'll notice about Oshun's music though, is the political message and cultural pride. We're currently living in a time where the Black Lives Matter movement is increasingly prevalent, and more and more musicians are making excellent records with the movement's goals in mind. Kendrick Lamar and Vince Staples did so on major label albums this year, and Oshun did on their recent ASASE YAA mixtape.

They open the mixtape with the spiritual slave song "Wade In The Water," only to be interrupted by an angry white man's voice yelling to stop singing and get back to work. Triumphant horns follow, the beat drops, and Thandiwe and Niambi Sala introduce their "Iya-Sol" with the defiant lead song "PREEECH." Throughout the mixtape, they blend boom bap-style production with modern sounds, and transition seamlessly from neo-soul cooing to rapping. The whole thing sounds like the work of two seasoned musicians, not the first mixtape from a duo who's still in college. Listen for yourself by streaming it below or downloading it for free at DatPiff.

Oshun have two shows coming up at the moment, both in NYC. The first is this Saturday (6/27) at C'mon Everybody (325 Franklin Ave in Brooklyn) with Princess Nokia and Mal Devisa (tickets). Then in July they play a multi-genre bill at Palisades (7/10) with I.O.D., Show Me The Body and Salomon Faye (tickets).