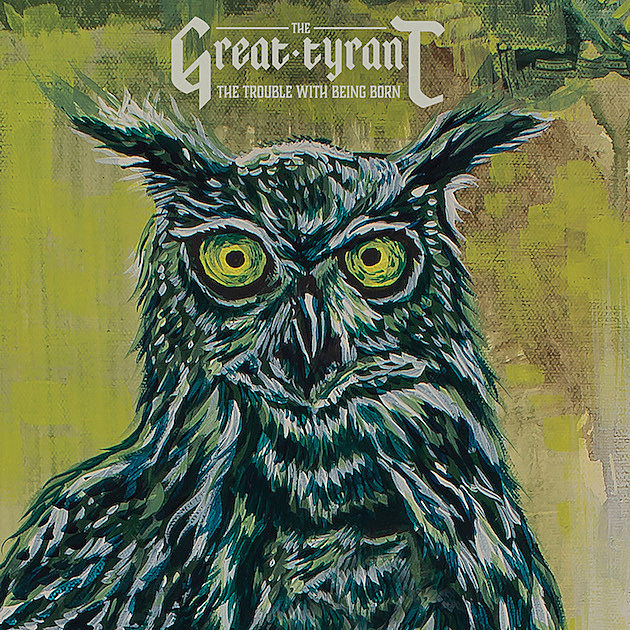 We recently mentioned that Pinkish Black would release their new album Bottom of the Morning on 10/30 via Relapse and that it'd be accompanied by the long-awaited release of the second album by pre-Pinkish Black band The Great Tyrant, The Trouble With Being Born. The Great Tyrant was Pinkish Black members Daron Beck and Jon Teague with the late Tommy Wayne. After Wayne unexpectedly passed away, the album was shelved. But now it's finally here, and we're premiering a full stream of it.

We also interviewed the band over at Invisible Oranges:

This album was recorded some time ago, and some was released in a slightly limited run - why did you decide to release/re-release it now?

Daron: We've both been in other bands that recorded albums that never came out. We didn't want this album to be another one like that. Additionally, I felt as though part of our musical story was missing without that record. We never wanted to stop playing these songs, but we had to. This album shows that we've been working on our sound for a long time now.

Jon: I was somewhat indifferent about releasing it. Recording and mixing that record was a nightmare, but Barnhart's final version definitely seemed worthy of release. I just didn't think that anyone would be interested in publishing a record by an unknown, defunct band. Thankfully, I was proven wrong. It will be nice to finally close the book on that band.

Read the rest here. Pre-orders for the Great Tyrant record and the new Pinkish Black record are available at the Relapse webstore. Album stream below.

As previously discussed, Pinkish Black will soon be touring with Zombi (whose new album came out on Relapse last week), and hitting NYC on November 11 at Saint Vitus. Tickets for that show are on sale now. All dates below.