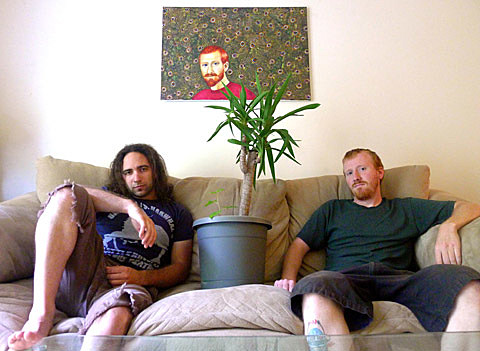 You had better have some big cojones to name your band A Fucking Elephant. The technical/progressive two-piece (bass/drums) are prepping to release their classily-titled Seven Inches of A Fucking Elephant, a two song effort that demonstrates the band's prowess as an instrumental powerhouse. At times AFE sound like they've studied the jaw-dropping skills of their recording engineer Colin Marston (the 7" was laid to tape at his A Thousand Caves studio) while others give glimpses of latter Bastard Noise. Stream that release in full below for the first time, get your copy via Nefarious Industries, and see themon the road at the dates below --  including at Public Assembly on Jan 20 with Hannibal Montana, Noxious Foxes and Multitudes. Advance tickets are on sale.

Speaking of Colin Marston, the multi-instrumentalist will be at Saint Vitus on Saturday (1/5) as part of Dysrhythmia's appearance with Wreck & Reference, Soren and Planning for Burial. Tickets are still available.