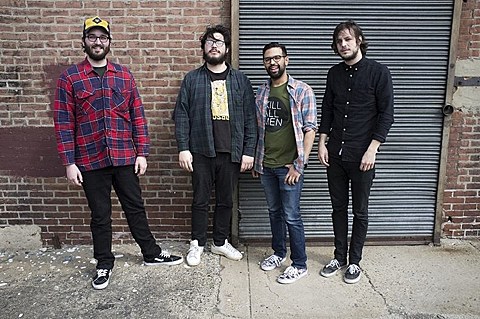 Spill, the new band with members of now-defunct Lancaster, PA bands Placeholder and We Were Skeletons, are set to release their debut self-titled EP on Broken World. You can pre-order it now, but if you want to listen before you buy, we've got the full stream of the EP below.

As the singles hinted, the EP has Spill recalling some of the best parts of '90s indie rock -- fans of Superchunk, Sugar, Sebadoh, Seaweed, and even bands that don't begin with "S" will likely dig this. But even if their influences are noticeable, you wouldn't mistake Spill for one of their forebears. They have a vocalist who's instantly recognizable once you've heard the EP (or if you're already a Placeholder fan), and there's more contemplation in their lyrics than your average slack motherfuckers ("If I was in the military, would I be a hero or ordinary? Would that make me happy?"). The EP's first four tracks are all rippers, but the best song might be the fifth and final track, "Pretend For Our Friends," which has them slowing down and has Brandon Gepfer pushing his vocal cords to their limits. Listen for yourself, below.