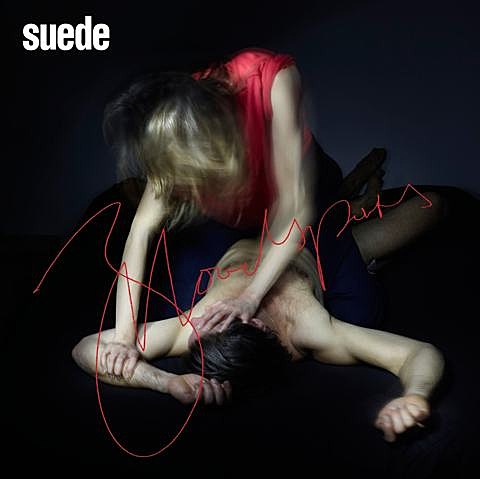 Was there an element of fear going into this? When did the moment click when you thought 'let's do an album'? Was it because you didn't want to be playing old material?

Brett Anderson: We definitely didn't want to be doing greatest hits round and round, that's just a living death. We definitely wanted the band to have a contemporary currency, for want of a better word.

Mat Osman: I think there was a completely different point between 'let's start writing again' and 'let's make an album'. We started writing in the knowledge that it might not work, in the same way as we did the Albert Hall gig with a huge question mark hanging over it: will this work? You can't assume. We wrote and threw away a lot, and we soul-searched before we were sure it was something that we were going to do. - [Quietus]

As mentioned, Suede are releasing their first album in 11 years, Bloodsports, next week. That's the album art above. If you enjoyed the grandiose glam of their '90s heyday, it sounds like they've slid back into the groove pretty well. To these ears at least. You can stream the whole album below (via The Guardian).