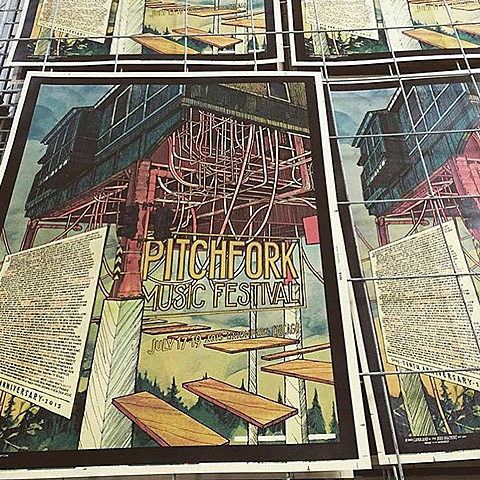 The 2015 Pitchfork Music Festival in underway in Chicago's Union Park where it'll be all weekend (July 17-19). Stay tuned for pictures and coverage of the fest but in the meantime you can watch it live, as Pitchfork is streaming it via two separate feeds. Saturday's performers include Sleater-Kinney, Vic Mensa, Future Islands, The New Pornographers, A$AP Ferg, SOPHIE, Parquet Courts, Kurt Vile, Protomartyr, and more.