HoL's Bickers and Chadwick, together again. On a couch. 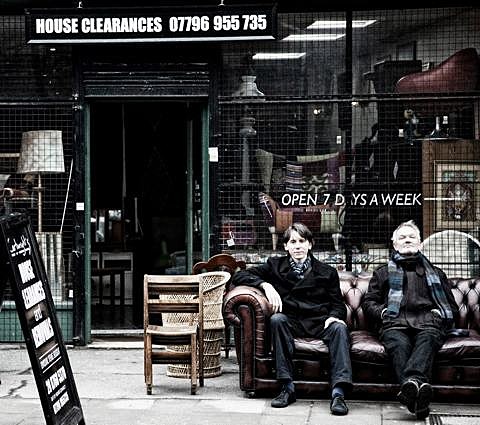 As mentioned, The House of Love will release She Paints the Words in Red on March 25. It's the first record in eight years from the veteran band whose principal members (singer Guy Chadwick and guitarist Terry Bickers) patched things up in the mid-'00s. Chadwick's songwriting abilities are still in fine form, as is his distinctive voice. Bickers, meanwhile, colors the songs with his expressive, textural guitarwork. If the new album lacks the snarl of "Christine" or "I Don't Know Why I Love You," there is a certain elegance that only comes with age, and it's on full display here. It's a class act and welcome return from one of the '80s and '90s most underappreciated bands.

The album's first single, "A Baby Got Back On Its Feet," is out next week and you can watch the video for it, and stream album-closer "Eye Dream," below.

The House of Love - A Baby Got Back On Its Feet