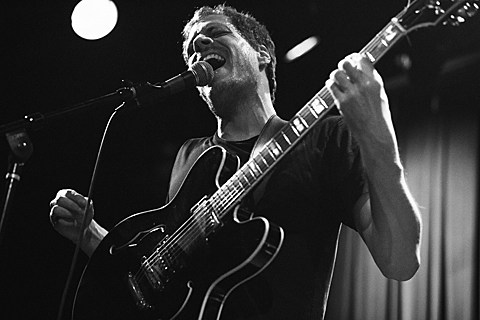 The Pop Group's new album, Citizen Zombie, is out next week (2/24). Featuring original members Mark Stewart, guitarist Gareth Sager, bassist Dan Catsis and drummer Bruce Smith, this is their first album in 35 years and features the band's potent mix of funk, dub, punk and mad-as-hell lyrics. With spot-on production by multiple-Grammy-winner (and Pop Group fan) Paul Epworth, it's a fiery, welcome comeback and you can stream the whole thing ahead of its release over at NPR.

The Pop Group's upcoming tour hits NYC next month, playing two shows: Rough Trade on March 16 and Bowery Ballroom on March 17. Tickets are still available for both. No openers have been announced for Bowery Ballroom but bruising local art-punks Pampers have just been added to the Rough Trade show, making for a great double bill.

Tour dates and a video from the new album, below...