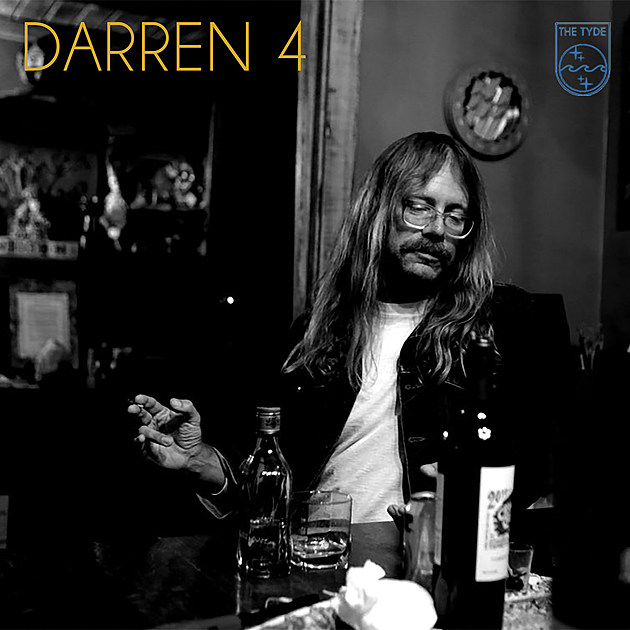 Darren Rademaker is set to release Darren 4, the fourth album by The Tyde and first in 10 years, this Friday (9/9). As usual, he pulls from a lot of influences -- '80s-era Creation Records, '60s B bands, and the Laurel Canyon scene in particular -- and offers up the State of Darren in its wry, self-reflexive lyrics. He also pulls in friends to play on it, including his brother and Beachwood Sparks frontman Brent Rademaker (they also played together in '90s band Further) and, on great lead single "Curse in Reverse," former Suede guitarist Bernard Butler. It's a perfect late summer, long shadows kind of album and a stream of the whole thing premieres here:

You can pre-order Darren 4 on vinyl now. If you're in San Francisco this week, The Tyde play the California Academy of Sciences on Thursday (9/8), opening for White Fence. We also cornered Darren (via email), asking him a few pressing questions about the new LP and touring plans:

Why revive The Tyde now -- were the songs on Darren 4 ones that had been kicking around or was it all a new burst of creativity?

This was the 4th attempt! In many different studios, at times it felt like why bother? But it's really about writing and making music with my friends that keeps it going, So why not. Most of the songs are from the past couple years, but "Situations" is pretty old.

How did the Bernard Butler collaboration, "The Curse in Reverse," come about?

Short answer, Twitter.
Long answer, he mentioned he liked our 2nd LP in MOJO once, it made me happy because I'm a HUGE fan of his Creation LP People Move On and obviously his guitar playing in Suede, I really like his singing on it, for years I tried to get him to produce us but was told by the label and his manager (same guy) it was gonna be too expensive, I sent him an early mix of the album and he offered his help for free, thank you Twitter.

Might we see The Tyde on the East Coast sometime sooner than later?

We hope, God only knows.