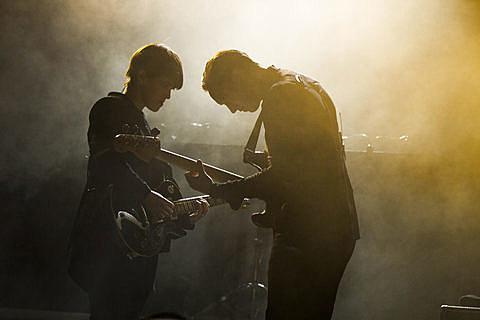 As you may be aware, Baz Lurhmann's glitzy, big-budget adaptatation of F. Scott Fitzgerald's 1925 novel, The Great Gatzby, is out May 10 and stars Leonardo DiCaprio, Toby Maguire, and Carey Mulligan. That same week will see the release of its soundtrack which was curated by Jay-Z and features Jack White, The Bryan Ferry Orchestra, Gotye, Lana Del Rey, Beyonce with Andre 3000, and Jay-Z himself.

It's also got a new track by The xx, titled "Together," which was specifically written for the film. You can stream it, and check out the soundtrack art, full tracklist and a trailer for the film, below....