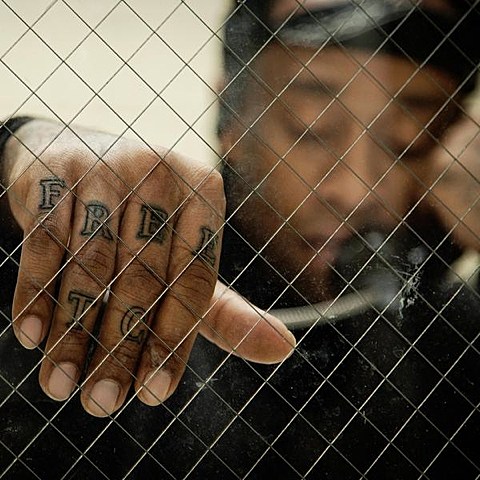 Ty Dolla $ign's much-anticipated official debut album Free TC is finally out today (via Taylor Gang / Pu$haz Ink / Atlantic). The guest list is stacked, with modern rap (Kendrick Lamar, Future, Fetty Wap, Rae Sremmurd, YG), veteran R&B (R. Kelly, Brandy, Babyface), rap moguls (Kanye West and Puff Daddy -- on the same song), and weird outliers like E-40. The veteran R&B guests make a ton of sense; Ty's biggest song to date ("Paranoid") is over a DJ Mustard beat, and there are two here, but a chunk of this album actually sounds like the kind of R&B that was popular 15-20 years ago. The acoustic guitars on the Babyface collaboration "Solid" make it sound like a radio hit from no later than 2002, the same could be said for the clean electric guitars of "Horses In The Stable," and the slow jams of "Straight Up" fit in more with those guests than Ty's contemporaries (like say, The Weeknd or Miguel).

It's not all nostalgia though. The Metro Boomin-produced Trey Songz collab "Know Ya," the Future & Rae Sremmurd collab "Blase," and the Fetty Wap collab "When I See Ya" sound entirely of the moment. And as if you expected any less, Kendrick's show-stealing verse on "LA" (the first song on the record) continues to prove that he just cannot be stopped. There's a lot to unpack on this 16-song, 73-minute album, and now you can do just that by listening below.