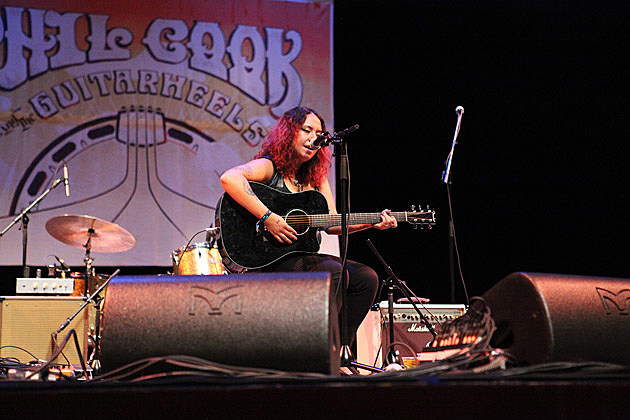 Windhand's new album Grief's Infernal Flower comes out this Friday (9/18) via Relapse, but while you wait you can stream the album in full. As the early singles hinted, it's another batch of super catchy doom, and this time around there's a little more of the folkier sounds Soma had on "Evergreen" and that singer Dorthia Cottrell explored on her solo album. This one's got three more tracks than Soma but clocks in four minutes shorter, and it's yet another massive-sounding record from this band. Check it out below, via NPR.

Dorthia just played solo at Hopscotch Fest (pictured above), and Windhand's tour with Danava and Monolord begins in October. It hits NYC on 10/21 at Gramercy Theatre.