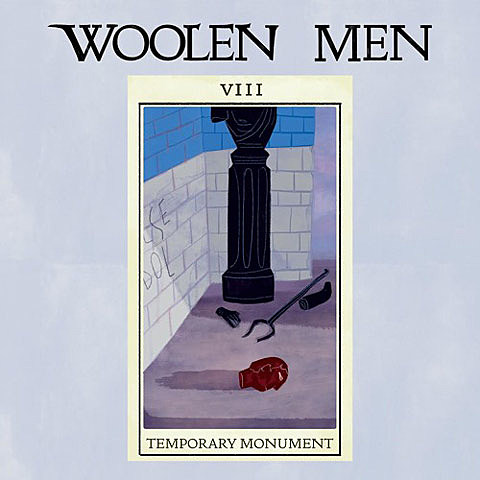 Woolen Men's terrific new album, Temporary Monument, is out this Friday (9/4) via Woodsist but you don't have to wait till then -- a stream of the album premieres in this post. (Pre-order yours.) As mentioned before, it's a focused, angry blast at the current state of affairs, specifically the real estate boom that has changed the literal landscape of their hometown of Portland (and Austin and Brooklyn and San Francisco, etc etc etc). With their usual mix of postpunk and indie rock influences, Woolen Men have never sounded more energized. Listen below.

The band will be on tour in September, staying on the West Coast unfortunately for the rest of the country. Hopefully they'll head East later this year. All dates are listed below.