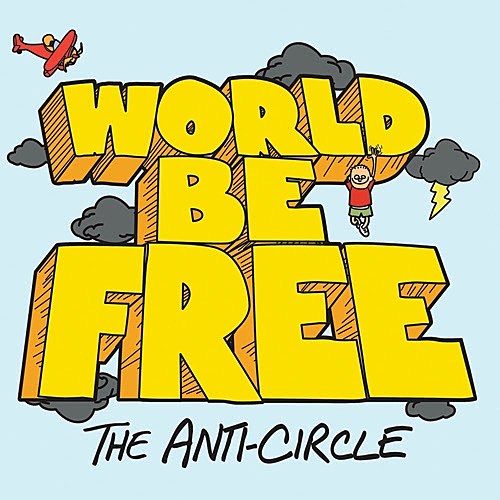 World Be Free -- the new band featuring Terror vocalist Scott Vogel, Gorilla Biscuits/CIV's Sammy Siegler and Arthur Smilios, Strife's Andrew Kline, and Joe Garlipp of Despair and Envy (the NY band) -- release their debut album The Anti-Circle this week (2/5) via Revelation Records (pre-order). We've already posted a few songs, and now we've got the premiere of the whole album. Gorilla Biscuits and other classic Revelation bands are the main reference points here. World Be Free is basically a trip back to the youth crew era, but they do it so convincingly (and have guys who were actually there) that it doesn't come off like mere revival or imitation. They've also got their old pal Walter Schreifels guesting on "I'm Done." Give this thing a rip for yourself, below.

The band is also touring, including NYC on February 21 at Saint Vitus with Manipulate, Blind Justice and Jesus Piece. Tickets for that show are still available. Other dates on the tour are with classic Rev band Judge (another band of Sammy Siegler's).