Wrekmeister Harmonies - Night of Your Ascension 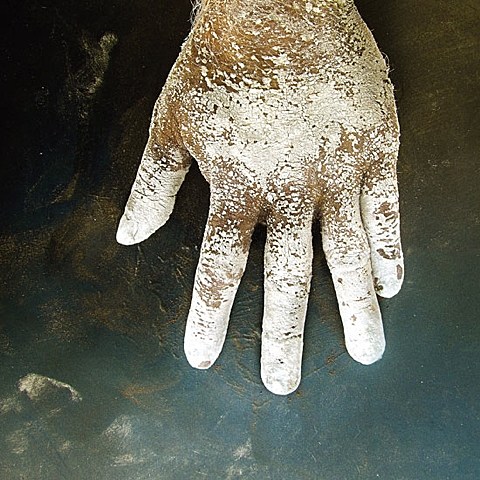 Chicago's art-doom project Wrekmeister Harmonies is releasing its new album Night of Your Ascension just a year after 2014's And Then It All Came Down. As usual, Wrekmeister mastermind J.R. Robinson has enlisted an impressive roster of collaborators from Chicago and elsewhere this album, including Marissa Nadler, Alexander Hacke (Einsturzende Neubaten), Olivia Block, Sanford Parker (Corrections House), Bruce Lamont (Corrections House, Yakuza), Mark Solotroff (Anatomy of Habit), Chris Brokaw (Come, Codeine), harpist Mary Lattimore, plus multiple members of The Body (Lee Buford and Chip King) and the sadly defunct Indian (Dylan O'Toole and Ron DeFries), and still more. Each year it seems, Robinson brings together so many vital Chicago artists that the releases have the feel of an annual family get-together, albeit a depressive, occasionally scary family. As the group has expanded well beyond Chicago, it sounds like the recording logistics of getting all these people together have become more and more of a feat.

In a first for J.R., the new record features two separate songs. Both are based on real-life stories that orbit around religion and death. The title track focuses on Don Carlo Gesualdo, a 16th-century Italian who murdered his wife buy was protected by the Church. "Run Priest Run" is about convicted pedophile Father John Goeghan, focusing on the time before he was killed in prison by a fellow inmate. All told, par for the course from a project who's last album was about Truman Capote interviewing a Charles Manson associate. J.R. tells Noisey:

Yeah. For example, the string section for "The Night of Your Ascension." I had the original score of this Don Carlo Gesualdo madrigal I wanted them to use but I didn't want it followed to the letter. Chromatically, as it is written, it's pretty clashing. I wanted to make it all in the key of A and smooth everything out. And I wanted to record at this crematorium, so we had to get mobile recording gear and set up in there. Then I did the same with the choir.

The title track is perhaps the most immediate we've ever heard from Wrekmeister Harmonies. As before, the album starts with a mellow, quiet section before exploding into thunderous doom-metal, but here the quiet section moves away from the ethereal, drone-focused music of the last two albums and straight into folk, with strummed guitars, a string section, and Nadler's haunting vocals carrying the song into darkly hummable territory. When the inevitable crush of the guitars come, they feel more organic, a bit softer around the edges, and are further tempered by a couple of beautiful arpeggiated guitar passages that inch this thing towards prog. "Run Priest Run," meanwhile, is a brutally single-minded piece, shorter and more chilling by half than what precedes it. It also progresses from quiet to loud, but here it's more of a downward spiral, with the screams of a dying man (sounds like The Body to me) sending the album out on its own very specific terms.

Wrekmeister Harmonies will tour in December with Bell Witch, who will be the backing band for that tour (which is crazy) and who are about to play Martyrdoom. You can check out those dates and stream Night of Your Ascension below.

In somewhat related news, this album comes a week after the guest-filled Abigail Williams album, which features Will Lindsay, who like Dylan O'Toole, was in the now-defunct Indian but is now in Lord Mantis whose former frontman Charlie Fell is also on that album by Abigail Williams, the band of another ex-Lord Mantis member Ken Sorceron. Got that?