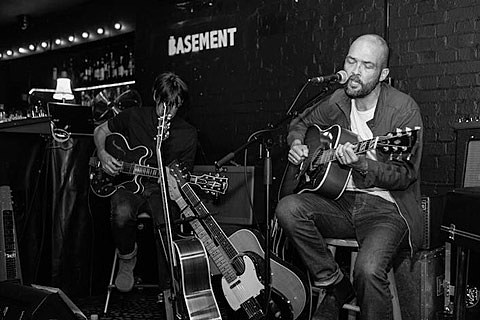 Everything But the Girl guitarist Ben Watt had to postpone his NYC and LA shows due to visa issues but those shows -- his first-ever solo headlining in the U.S. -- have been rescheduled. He's now playing two nights at NYC's Joe's Pub on June 11 & 12 and tickets are on sale now. Right after that, he'll jet to LA to play The Echoplex on June 13. Like before, he'll be accompanied at those shows by former Suede guitarist Bernard Butler.

Meanwhile, Ben's new solo album, Hendra, is out April 29 but you can stream the whole thing (via The Guardian) below...