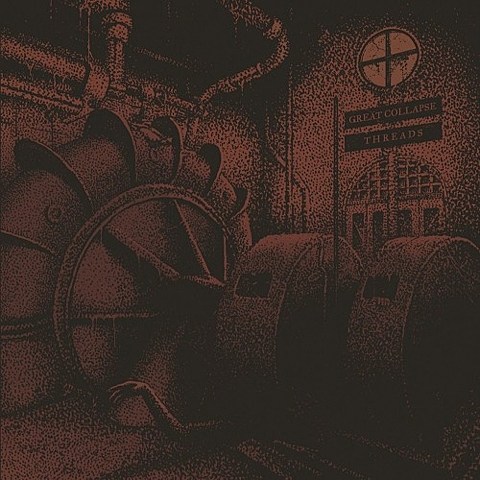 Melodic hardcore greats Strike Anywhere haven't released a new album since 2009's Iron Front on Bridge 9, but singer Thomas Barnett is now fronting the new band Great Collapse, who basically pick up where Strike Anywhere left off. They've got a strong lineup all around, with bassist Joe Saucedo (Set Your Goals), drummer Todd Henning (ex-Death By Stereo) and guitarists Chris Chasse (ex-Rise Against) and Tom Arnott (At Risk/Love Equals Death).

They debuted last year with the Elemental EP and put out their first full length, Holy War, this past October. Their next release will be a spit EP with Threads, due out January 29 via Broken Rim Records (pre-order). They're contributing two new songs, and we've got the premiere of the crushing "Criminal Class." Listen, with full streams of their album and EP, below.