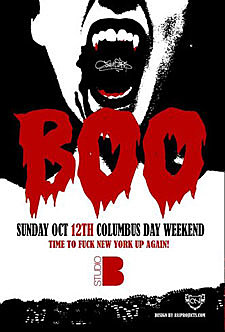 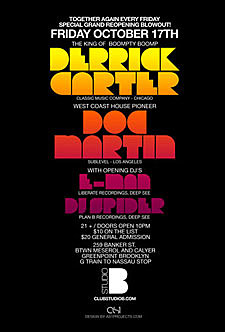 Sick of It all cancelled (according to their website), but the hardcore benefit show at Studio B happening today, Saturday September 27th, is happening which means Studio B is back open, at least for today. According to Studio B's website, the grand re-opening party is Friday October 17th, though there's also an event scheduled for October 12th. FIXED's 4-year annivesary is scheduled for October 25th - during CMJ.

PREVIOUSLY: Studio B closed. Yo Majesty pictures used as evidence??