Danzig at Riot Fest in 2013 (more by Kristie Shanley) 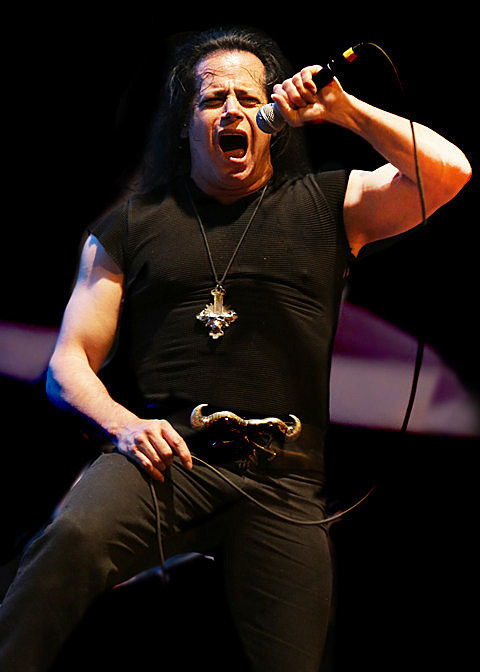 A recent study by The Atlantic's CityLab has found that countries with a high number of heavy metal bands per capita tend to be wealthy, well-educated and happy. That may or may not surprise you -- while on the one hand there's a general assumption that metal bands and fans are depressed or pissed off, perhaps there is a certain level of societal advancement that needs to take place before a country's citizenry can devote hours and hours to playing heavy music en masse. (It also means there are wealthy people to rage against.) I wouldn't assume your average one-man black metal band is a millionaire PhD candidate satisfied with life, but maybe life in the Norwegian forest isn't so bad after all.

A bit from the story:

When I wrote about this map back in 2012, commenters had all sorts of explanations for why heavy metal spread so far north so intensely. Metal's emotional darkness, some said, reflected northern Europe's long, cold winter nights. The fury of the music and the violence of some of its lyrics resonated with Scandinavia's pagan past, what with all those Viking raiders and Berserkers. One commenter suggested that the music correlated worldwide with high levels of alcoholism.

Indeed, a decade-old article by Mark Ames, "Black Metal Nation: What do Norwegian Dirtheads and Richard Perle Have in Common?" suggests that metal might be the adolescent id that is simmering beneath Northern Europe's outwardly complacent façade. "Norway," he wrote, "is not only a completely humorless society ... but ... a deeply oppressive society, in a recognizably bland, caring, pious, Social Democratic way." Metalheads experience their boredom, he speculated, as "real suffering." According to this logic, metal may instead be the product of affluent societies, a countercultural backlash for the privileged...

At the country-level, the number of heavy metal bands per capita is positively associated with economic output per capita (.71); level of creativity (.71) and entrepreneurship (.66); share of adults that hold college degrees (.68); as well as overall levels of human development (.79), well-being, and satisfaction with life (.60).

The bottom line? Though metal may be the music of choice for some alienated working-class males, it enjoys its greatest popularity in the most advanced, most tolerant, and knowledge-based places in the world.

It's an interesting read, one that I'm sure a lot of people will have opinions about, and you can check it out over at The Atlantic.